In these virtual pages, we’ve already discussed why 1966 was a revolutionary year in 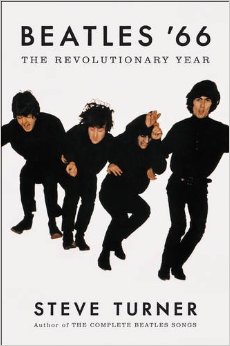 general. Now, to continue our celebration of this landmark year’s 50th anniversary, we’ll get specific. What did 1966 mean to the Beatles? According to Steve Turner’s excellent new book, Beatles ‘66: The Revolutionary Year, it was the crux of their existence as a working band — building on past triumphs, peaking with their most remarkable work, and even sowing the seeds of their eventual demise. Turner considers the events of 1966 too important to be condensed and shoehorned into a typical Beatles bio, and the year deserves its own book.

It was first and foremost a transformative year for them. In the space of just a few months, they went from their matching suits and famous pudding-bowl haircuts, bashing out “She’s A Woman” into a wall of deafening screams, to being draped in beads and velvet, sporting moustaches and soul patches, and beginning the recording process for Sgt. Peppers Lonely Hearts Club Band. In between, they made the momentous (and unprecedented for a 60s “pop group”) decision to quit touring, produced what many feel is their greatest album, Revolver, and its accompanying single, “Paperback Writer/Rain,” and embarked on individual journeys of personal growth and self-education that fundamentally altered their relationship with each other and how they approached their art.

The catalyst for all of this was the fact that the first part of 1966 was the least active period of their professional lives. It wasn’t always going to be that way. 1966 was supposed to follow the pattern of 1964 and ‘65: film a movie in the first few months of the year, a world tour in early summer, a U.S. tour in late summer, a U.K. tour in the autumn — and writing and recording three hit singles and two hit albums in the midst of all that.

The pattern was broken when a suitable film idea could not be found. Initial talk about adapting Richard Condon’s 1961 Western novel A Talent For Loving came to naught. The film was eventually made in 1969, with Richard Widmark, Cesar Romero, and Topol in the older character parts, and two attractive young cowboys in competition for the favors of the sexy heroine. Boggles the mind how anyone thought a very-adult Old West sex farce would be a suitable vehicle for four English musicians, but stranger things have happened. One presumes it would have been expanded to include four attractive young (English) cowboys competing for the heroine.

So after a soul-punishingly brutal schedule since the onset of Beatlemania, with no movie

shoot happening, the Beatles had over three months off. The only thing on their work calendar for January was doing some overdubs for the film of their famous Shea Stadium concert from the previous summer. Once that was done, John and Ringo skipped town to vacation in Trinidad, where Ringo celebrated being out of the public eye by growing a full beard a year before they “officially” debuted their facial hair look. George married his girlfriend of almost two years, Patti Boyd, and also headed for the Caribbean for a honeymoon. Paul remained in London, and plunged into intellectual pursuits.

John often gets credit for being the “experimental” Beatle, but the trend was started by Paul around this time, who began being associated with places like the Indica Art Gallery and people like art dealer Robert Fraser, artists Peter Blake and John Dunbar, and writer Barry Miles. He assisted with the launch of the famous “underground” newspaper International Times, attended lectures and concerts by modernist composers, and basically gorged himself on every scrap of intellectual stimuli he could get his hands on. He was the first Beatle to really experiment with the possibilities of home recording, creating sound-saturated tape loops by removing the eraser head of his Brennell Mark V reel-to-reel recorder.

A lot of this may have been instigated by living for almost three years with the family of his long-time girlfriend, actress Jane Asher. The influence of the unconventional and sophisticated Ashers was bound to rub off on Paul. Jane’s father, Dr. Richard Asher, was a brilliant endocrinologist, mother Margaret was a music instructor at the Guildhall School (specializing in oboe — she taught Beatles producer George Martin in his formative years), and brother Peter was half of the music duo Peter and Gordon. The press at the time reported Paul’s unusual living arrangement (millionaire pop star living in girlfriend’s parents’ attic) as being quite chaste — like another sibling. But given how open-minded the Ashers were, one would have to assume nocturnal navigations between the two bedrooms were undertaken. Even so, after a couple of years, Paul realized he needed a place of his own. He bought a large townhouse on Cavendish Avenue, just around the corner from Abbey Road Studios, in 1965. By the time it was ready for him to move in it was early 1966, and Paul had begun his cultural crash-course. By staying in London, he was staying close to the action.

John realized he had miscalculated by opting for the mansion way out in the countryside, and frequently expressed his envy of Paul’s being at the heart of things. He did what he could from his more isolated environs, mostly reading — and experimenting with another new development of 1966: LSD. More on that below.

George, although he did not eschew the acid experience at this stage, was choosing to expand his consciousness via more spiritual means. His interest in Indian religion and philosophy was growing by leaps and bounds, and now he found the time to devote himself to studying it — and struggle with learning the difficult-to-master sitar.

Their desire to improve their minds in this fashion was typical of intelligent people who had missed large portions of traditional education. “Having gone from the classroom to the Cavern, they leapfrogged the university experience,” said journalist Tony Barrow.

During this time, the individual Beatles sat for lengthy interviews with radio and print journalists such as Alan Freeman, Ray Coleman, and Maureen Cleave, who took them seriously and asked sophisticated, grown-up questions — a welcome change from their inane group press conferences when on tour. Although the philosophical underpinnings of these interviews would come back to haunt John in the coming months. 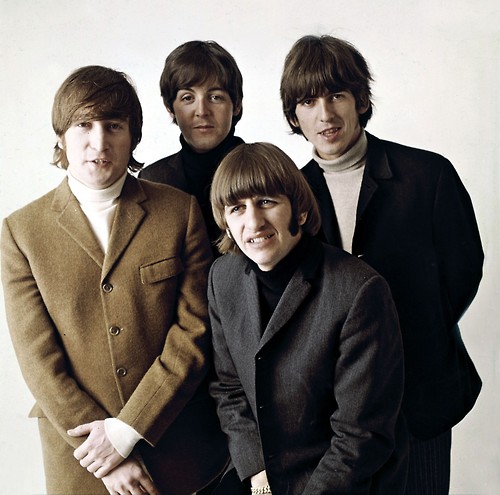